The Sandman Will Keep You Awake - The Loop

The Washington Capitals are a National Hockey League team based in Washington DC. The Capitals were formed in 1974 and play at the Verizon Center. The Capitals have not won a Stanley Cup but have won the Presidents' Trophy once. 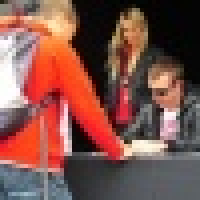