NFL Adrenalyn XL Series Two is the second Adrenalyn XL set for the NFL. The set is due to be released on the 12th of October 2011 in the United States of America. The cards will be playable online with series one and features 448 cards in the set. 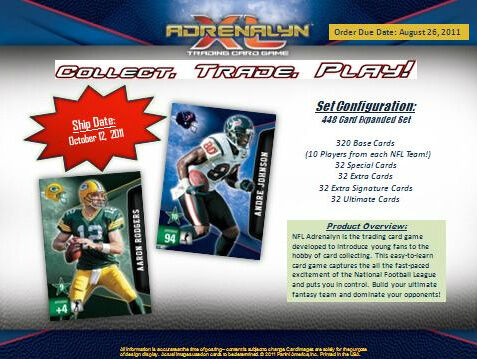 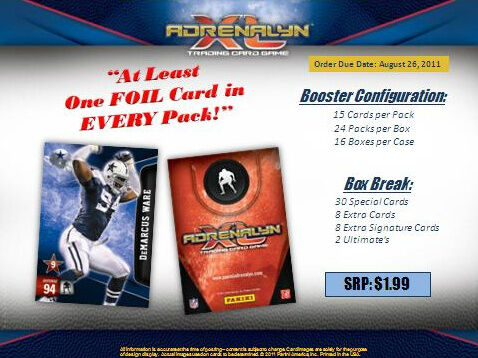 Retrieved from "https://adrenalynxl.fandom.com/wiki/NFL_Adrenalyn_XL_Series_Two?oldid=5725"
Community content is available under CC-BY-SA unless otherwise noted.